Nice to Meet You! 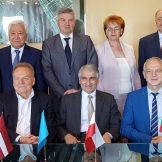 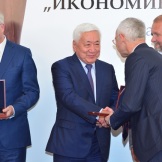 Until the end of 2018 ICCEU is being presided by The Employers’ Organization of the Republic of Poland and its President Mr. Andzhey Malinovski31/12/2018

Coordinating Office: The Employers’ Organization of the Republic of Poland

The International Coordinating Council of Employers’ Unions (ICCEU) was created on April 15, 2010 as a consultative body of employers’ associations and entrepreneurs in several countries of Central and Eastern Europe, the Baltic States and the CIS.

Justification: The Agreement on the establishment of the International Coordinating Council of Employers’ Unions.

Chairman of the Board: At ICCEU’s last General Meeting, the rotating Presidency of the organization for the year 2018 was transferred according to a common decision to the Employers’ Organization of the Republic of Poland, and is currently lead by its President Mr. Andzhey Malinovski.